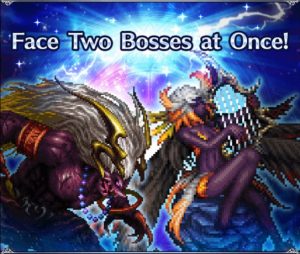 Overview (For Elt only)

When one of the boss is dead, the remaining boss will be enraged. To make things worst, it will heal back all it’s HP and buff itself, making the fight difficult.

However, if you’re going for the “1 by 1” route, you will need to consider your team’s composition and gear to decide who to kill first. If your team has high Water resistance and are not MP dependent or you’re able to recover MP reliably, kill Ifrit first. If you can stack Fire resistance more reliably, kill Siren first. Take note: If you’re doing the 1 by 1 route, make sure your AOE attacks will not cause the “remaining boss”‘s HP to drop below 50% to avoid the threshold skill from stacking.

Those of you who watched my stream saw me cheese it with 4 Orlandeaus and 1 Ariana. I’m still trying my best to figure out how to do it without cheesing it so that you can actually complete the Esper achievement. However, this fight is more gear dependent rather than Unit dependent.