It’s the week of Mages as we’ll be having the Final Fantasy VI event.

Unlike previous Moogle King events, there’s something a little different this time. Terra and Kefka, who are both not “new” in this week’s banner, will also be part of the character Bonus team.

Also, there’s a Part II to this event which will happen the following week where we’ll be fighting Kefka!

For more information on the event, do check out the guide here. 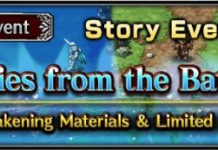 Event – Memories from the Battlefield 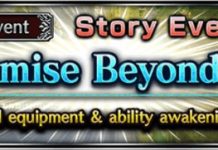 Event – A Promise Beyond Time